The California Medical Board has just revoked the medical license of Michael Kamrava, notorious for his treatment of the OctoMom, Nadya Suleman: 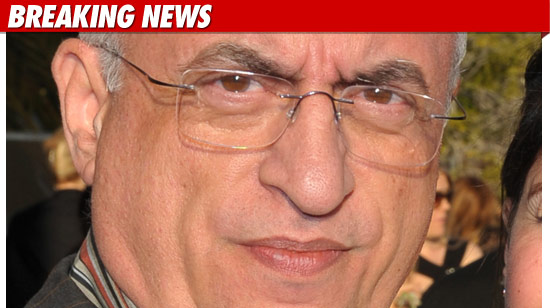 An administrative law judge had recommended last year that Dr. Michael Kamrava be allowed to keep his license but be placed on probation. The state board, however, rejected that recommendation and revoked his license, effective July 1. In a 44-page decision, the board noted that Kamrava has been practicing medicine since 1979 without any disciplinary actions, but it found his treatment of “Octomom” Nadya Suleman and two other patients fell short of state standards.

“This is not a one-patient case or a two-patient case, it is a three- patient case, and the established causes of discipline include repeated negligent acts (all three patients), gross negligence (two patients) and inadequate records (one patient),” according to the board’s decision. “The board is cognizant of (Kamrava’s) changes in his practice and his completion of professionalism and record-keeping courses,” according to the decision. “However, when the board exercises its disciplinary functions, public protection is paramount. The board is not assured that oversight through probation is enough, and having weighed the above, has determined that revocation of (Kamrava’s) certificate is necessary to protect the public.”

Kamrava treated Suleman beginning in 1997, leading to the birth of all 14 of her children, including her famed octuplets, who were born Jan. 26, 2009. During a hearing last fall, Deputy Attorney General Judith Alvarado said Kamrava acted like “a cowboy” by disregarding established guidelines in his treatment of Suleman and two other female patients. “He admitted … he knew it was a mistake,” Alvarado said, adding that a defense argument that doctors can deviate from standards “is ridiculous.”

But in his summation, defense attorney Henry Fenton said Kamrava was merely following the wishes of his patient, who had told him she wanted a large family. “The guidelines don’t say people can only have one or two babies … that’s her prerogative,” Fenton said. “It’s not the doctor that’s going to decide how many children this lady is going to have.”

Fenton said Kamrava initially set out to help a patient who was having trouble getting pregnant. According to the Medical Board report, Kamrava initially considered Suleman to be infertile, but she told him she wanted a large family with about 10 children. After several in-vitro fertilization procedures, Suleman finally became pregnant in late 2000, leading to the birth of her first child. She underwent additional procedures in each of the next two years, leading to two more children. She underwent a procedure in 2004 that led to another child and in late 2005 she underwent another IVF treatment, leading to the birth of her twins, giving her a total of six children.