Another Step Toward Transgender Equality 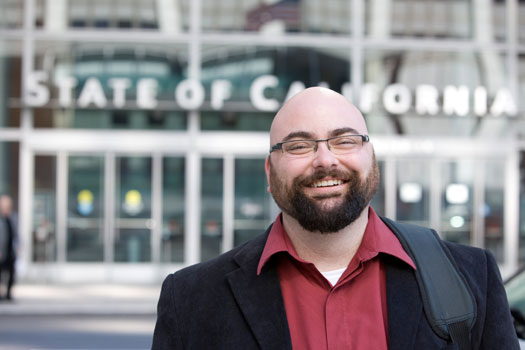 An employer who discriminates against an employee or applicant on the basis of the person’s gender identity is violating the prohibition on sex discrimination contained in Title VII of the Civil Rights Act of 1964, according to an opinion issued on April 20 by the Equal Employment Opportunity Commission (EEOC). The opinion, experts say, could dramatically alter the legal landscape for transgender workers across the nation.

The opinion came in a decision delivered on Monday, April 23, to lawyers for Mia Macy, a transgender woman who claims she was denied employment with the Department of Alcohol, Tobacco, Firearms and Explosives (ATF) after the agency learned of her transition. It also comes on the heels of a growing number of federal appellate and trial courts deciding that gender-identity discrimination constitutes sex discrimination, whether based on Title VII or the constitutional guarantee of equal protection of the laws.

The EEOC decision, issued without objection by the five-member, bipartisan commission, will apply to all EEOC enforcement and litigation activities at the commission and in its 53 field offices throughout the country. It also will be binding on all federal agencies and departments.

The article gives some informative legal history, as well.

THE LAW: In 1974, Ramona Holloway — initially hired as Robert — was fired after telling her employer, Arthur Andersen and Company, that she was taking hormones and intended to transition.

In a lawsuit challenging that firing, the U.S. Court of Appeals for the Ninth Circuit noted that, after the disclosure of Holloway’s intended transition, ”an official of the company suggested that appellant would be happier at a new job where her transsexualism would be unknown.” Soon thereafter, when she did not leave the company after asking that her name be changed in the company’s records, she was fired.

When the Ninth Circuit looked at Title VII, including the amendments to it contained in the Equal Employment Opportunity Act of 1972, the court concluded that ”the provisions were intended to place women on an equal footing with men.” In light of this, the court dismissed Holloway’s claim because, as the court held, ”Giving the statute its plain meaning, this court concludes that Congress had only the traditional notions of ‘sex’ in mind.”

Although claims of transgender discrimination were treated with ”disdain” in those early days of Title VII interpretation, as National Center for Lesbian Rights legal director Shannon Minter puts it, two Supreme Court cases that followed dramatically changed the views of lower courts on the issue.

In the first, Price Waterhouse v. Hopkins, the Supreme Court in 1989 addressed the claim brought by Ann Hopkins, who sued for sex discrimination because she was not offered a partnership at the accounting firm. Her chances would be improved in the future, she had been told, if she ”[w]ould ‘walk more femininely, talk more femininely, dress more femininely, wear make-up, have her hair styled, and wear jewelry.”’ Describing Title VII, the court noted the words in the statute prohibiting sex discrimination and concluded, ”We take these words to mean that gender must be irrelevant to employment decisions.”

In the second, Oncale v. Sundowner Offshore Services, Inc., the Supreme Court considered the case of Joseph Oncale, a man who worked on an oil platform in the Gulf of Mexico and was ”forcibly subjected to sex-related, humiliating actions against him” by members of the eight-man crew, ”physically assaulted … in a sexual manner” and threatened with rape. Noting that male-on-male sexual harassment was ”assuredly” not the aim of Congress when passing Title VII, Justice Antonin Scalia noted that ”statutory prohibitions often go beyond the principal evil to cover reasonably comparable evils, and it is ultimately the provisions of our laws rather than the principal concerns of our legislators by which we are governed.”

Although neither was directly on point, the Price Waterhouse conclusion that sex discrimination includes protection of those who are gender nonconforming and the Oncale conclusion that Title VII’s protections do expand, within the text of the law, to areas not considered when the law was passed opened up the pathway to a reversal of those 1970s and 1980s decisions.

It’s worth taking a minute and reading the whole article – it is very interesting.

No comments for “Another Step Toward Transgender Equality”