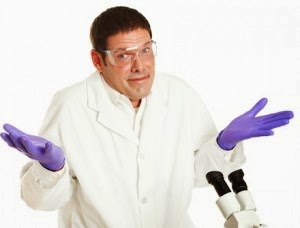 Fortunately this kind of malpractice is exceedingly rare. While some will use this to further an anti-IVF and assisted reproduction agenda, it is critically important to keep the numbers in perspective. When you can count on less than two hands the total number of times this kind of mishap has occurred around the world since the advent of IVF, you realize just how safe this process can be. While this does not excuse the gross malpractice of the IVF facility, it shouldn’t be used either as evidence of an endemic problem. What is more intriguing is who will ultimately receive custody of the babies — the genetic parents or the patient carrying the twins. Which also begs the next question — is another patient carrying her baby?

A pregnant Italian woman was “shocked” to learn that the twins she is carrying thanks to IVF treatment are not her own, following an apparent hospital mix-up. Italian government inspectors were due on Monday to visit the Pertini hospital in Rome, where the treatment occurred, after the woman underwent a pre-natal check which revealed her unborn children possessed different DNA to her and her husband.

The woman, who has not been named, underwent IVF treatment on Dec. 4, at the same time as three other women, one of whom had a similar surname to hers, Italian press reported on Monday. Corriere della Sera said their surnames were identical except for three letters.

Staff may have mixed up the embryos ready for insertion, or the women might have even responded to the wrong name when they were called from the waiting room to undergo treatment, reports suggested. Michele Ambrosini, a lawyer representing the woman, said she was determined to push on with her pregnancy. “If she had wanted an abortion she would have already done it,” he said.