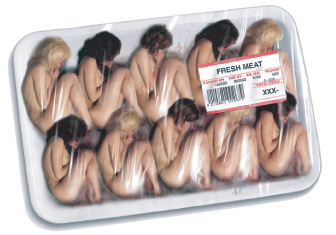 I truly thought we had heard the worst of this scandal. However, these new revelations are beyond appalling and show another side of the seedy underbelly of what was the Thai surrogacy industry. The bottom line was that they were treating nascent human life as a commodity and I hope all those responsible spend a very long time in jail:

As part of the surrogacy scandal involving a Japanese man, a young woman from Udon Thani province agreed to bear a child in order to help her parents escape the clutches of loan sharks. Pat (not her real name) was promised Bt300,000 for the job.

However, the contract that she signed also said that if she delivered an “imperfect” baby, she would have to care for it herself and pay Bt600,000 in compensation to the contractor – Japanese national Mitsutoki Shigeta. This was how Pat’s aunt and grandmother described the surrogacy service.

Pat, who has just turned 21, delivered a perfectly healthy baby. The infant, named Mitsushita, left Thailand on March 25 with Shigeta for a future that Pat knows nothing about. An ongoing police investigation suggests that Shigeta, 24, left Thailand with a baby in his arms at least four times in recent years, with the declared destination being Phnom Penh. Records show that he had proper documentation to take the children out of the country.

Shigeta attracted media attention after he was identified as the father of nine infants discovered at a condo in Lat Phrao earlier this month. But he flew out of Bangkok early on August 7 – as soon as the police began looking into his case.

General Jarumporn Suramanee, a top adviser at the Royal Thai Police, said latest lab results show that of the nine infants, six baby boys are brothers and three baby girls are sisters. However, another test is required with a sample of Shigeta’s DNA to find out if all nine babies are related. “An additional test can be conducted to scientifically confirm whether Shigeta fathered all nine babies,” Jarumporn said.

Police also need to find out why Shigeta decided to have so many babies via surrogate mothers here.