DNA on Ice: The Next Step in Women’s Equality

In this article Kyra Phillips discusses what advancements in cryo-preservation of eggs means for women’s rights. 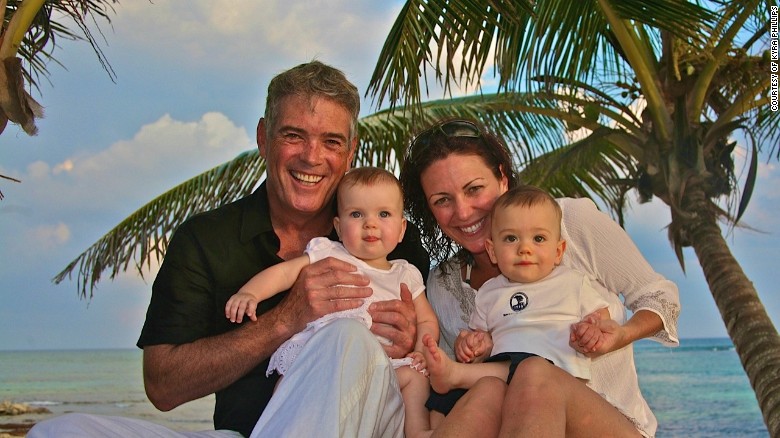 There was a time not so long ago when my career would not have been possible. It’s hard to imagine it now, but even a few decades ago, journalism was very much a man’s world.

I was among the expanded group of women to break into the broadcast business in the 1980s, competing against an ol’ boys’ club almost entirely consisting of white men.

To keep my job, I knew I’d have to work harder than most men. I was willing to sacrifice almost anything for my professional success. I wanted to rule broadcast journalism, and so I broke a lot of hearts and turned down marriage proposals because I couldn’t let a relationship interfere with my career path. I certainly wasn’t about to let motherhood creep in, either.

It’s not that I didn’t want those things; I very much did. It’s just that I knew what my goals were and what a competitive field I was in. When colleagues of mine asked to leave early to pick up their children, I thought, “What are you doing?! You’re blowing it!”

I enjoyed my wild, exciting life. CNN sent me all over the world on a moment’s notice to cover fascinating things: a month in Antarctica where I got to build an igloo and rappel down glaciers, a tour of Iraq as an embedded journalist on the USS Abraham Lincoln, riding in an F-14 Tomcat during a combat training mission over the Persian Gulf. Things I couldn’t do with a diaper bag over my shoulder.

Imagine my surprise, then, when the baby pangs arrived. A little late, and a little unfortunately timed as I was freshly divorced. I suddenly realized that I wanted something more in my life. So I did the most reasonable thing I could think of: I asked my closest gay friend for his sperm.

It hadn’t occurred to me that fertility treatments don’t always work or that I should have been doing something to prepare for this possibility sooner. Women whose eggs are older make embryos that are more likely to be chromosomally abnormal, and that can mean no pregnancy at all, miscarriage or birth defects.

Even just a few years ago, egg freezing was a fringe procedure — something few women did, partly because it was still considered experimental. But it isn’t anymore. There have been huge advances in egg freezing, and now frozen eggs are almost as viable as fresh ones as long as the fertility specialist knows what he or she is doing.

The procedure is pretty straightforward. Some of your eggs are removed from your ovaries and stored in liquid nitrogen. There they’ll stay, in blissful suspended animation.

If you’re not ready to have a baby in your 20s, or early- to mid-30s, harvesting and freezing your eggs is a great option for women who want to postpone motherhood. The same goes for many women who have cancer and are at risk for losing their fertility from surgery, chemotherapy and radiation.

Without realizing it, I had put myself at a disadvantage by waiting so long. But lucky for me, science marched forward with progress.

The history that is being written now is about an entirely different type of women’s equality — it’s about giving a woman the ability to put her DNA on ice, stop that biological clock from ticking and avoid rushing into pregnancy because of the body’s aging process.

This helps to level the playing field at the workplace. Women can delay childbirth and no longer have to say “no” to that promotion. They don’t have to marry the first fraudulent Prince Charming that comes around in the hopes of getting pregnant before their eggs are covered in cobwebs.

A woman can be just as competitive as the man who is gunning for that job, raise, position of power or bonus while not having to take a potentially career-hobbling detour onto the Mommy Track.

After my husband and I had our twins, I understood that overwhelming love that parents talk about, and I’m so thankful I didn’t miss that opportunity. Along with my fertility doctor, I wrote “The Whole Life Fertility Plan” to empower women and show them there are things you can do now at all ages to preserve your fertility, egg freezing being one of those ways.

It should be noted that the average cost of egg freezing is about $10,000. Annual storage is around $1000 with the first year usually free. When the eggs are used, there are additional costs involved. The good news is that more and more companies now pay for it, including Citigroup, Apple, JP Morgan Chase and Facebook. Some parents even give it to their daughters as a birthday or graduation gift.

This is feminism at its finest, standing up for equality — and delayed pregnancy. I just bet you that if June Cleaver, Lucille Ball and Margaret Anderson had a shot at freezing their eggs, Ward, Desi and Jim would have had to make their own gin gimlets and meatloaf because the women would have been working on their careers.

No comments for “DNA on Ice: The Next Step in Women’s Equality”